It has been difficult to buy high-end PC components for nearly six months. There are a number of reasons for this, including pandemic-related impacts, the related surge in demand for all computing hardware, and supply shortages. A lot of eyeballs have been trained on foundries like TSMC, to the point that national governments have put pressure on the foundry to increase automotive chip production. AMD is one of the companies most-impacted by these production shortages, because AMD designed the SoCs for the recently-launched PlayStation 5 and Xbox Series S|X as well as its own RDNA2 GPUs and Ryzen CPUs.

At first glance, this decision to rely on TSMC for its products may seem shortsighted and an obvious point of weakness in the company’s supply strategy. That’s the argument Mark Campbell makes at Overclock3D, where he writes:

Had AMD had access to more fab space, the company could produce more chips and generate more sales by having more sellable products on the market. AMD’s overreliance on TSMC’s 7nm node is hurting them. This is also a problem for TSMC, as their lack of 7nm fab space gives their competitors more room to grow and is leaving demand/money on the table… In the future, AMD will need to consider diversifying its product stack, utilising competing nodes from the likes of Samsung to manufacture some of its products.

Campbell’s analysis of the situation makes some strong points. AMD factually lost market share in Q4, and it lost share because it’s supply constrained. If TSMC had more 7nm capacity online, AMD could have sold more chips and therefore made more money. He acknowledges that AMD can’t quickly move its products away from TSMC, and his call for AMD to move to Samsung “in the future” acknowledges how long it takes to transition designs from one foundry to another, even if I didn’t quote it above.

Where I disagree with Campbell is his statement that the current situation has “hampered AMD’s growth prospects.” We can only evaluate the growth prospects of a company in relation to the rest of the market as it currently exists. It’s true that additional available 7nm capacity at TSMC would have given AMD more processors to sell, but these are not usual times. TMSC has been absolutely slammed with orders as a result of the pandemic, and production worldwide has been limited by shortages of materials like ABF.

While we don’t have proof of this, there have been rumors that the reason Nvidia went with Samsung instead of TSMC this cycle was to ensure better supply of its Ampere hardware compared to what TSMC could guarantee. Let’s assume, for the moment, that this is broadly true. Nvidia’s decision to work with Samsung instead of TSMC did not keep Ampere on store shelves in late 2020. More recent industry reports, filed in the past few months, suggest that the reason we’re seeing silicon shortages throughout the industry is partly because the foundries themselves are unable to secure sufficient supplies of necessary materials. Initial Ampere issues were blamed on low yields, but that situation is also rumored to have improved late last fall. If Samsung and TSMC are already manufacturing at peak capacity, an AMD decision to port designs to Samsung would not have solved their shortage problem.

Furthermore, there are downsides to working with multiple foundry partners. AMD would be paying twice to design the same CPU, and each version would have to be customized to the foundry it was built on. Samsung’s 5nm node is different from TSMC’s, and it doesn’t offer the same improvements relative to TSMC’s 5nm node. If AMD wanted to ship hardware at both TSMC and Samsung on the future 3nm node, it would need to design one version of a CPU to use Samsung’s gate-all-around FETs (GAAFETs) and one to use FinFETs at TSMC.

Dual Sourcing Could Have Made the Pandemic Shortages Worse

There are two potential risks in dual sourcing. First, AMD would be betting that Samsung and TSMC could both hit its desired clock and power consumption targets. If one foundry had a problem doing so, AMD would have no choice but to lower its goals in order to ship a homogenous product (from a consumer perspective). This isn’t just theoretical. When Apple dual-sourced the A9 from TSMC and Samsung, the TSMC chip had significantly better battery life. When it built phones using modems from Qualcomm and Intel, it limited the performance of the Qualcomm modem so the Intel modem wouldn’t look slower. AMD could wind up in a situation where it had to limit the performance of a future Ryzen CPU to match what the weaker of its two foundry partners could ship.

The second risk of dual sourcing is more subtle. Imagine a hypothetical situation in which AMD had split its 7nm orders between TSMC and Samsung heading into 2020. For the purposes of this experiment, assume the pandemic plays out more-or-less as it did. With Team Red soaking up less of TSMC’s 7nm capacity, Nvidia decides to build Ampere there, instead. The pandemic hits. AMD, like all semiconductor companies, attempts to ramp capacity while introducing new products, only to discover one foundry is having difficulty with yields. There is no option to increase orders at the other, because both are already building every chip they can produce for every other customer they’ve got.

In this scenario, attempting to dual-source products actually winds up being worse for AMD, not better. It had to pay twice to design Zen 3, because Samsung’s 7nm uses EUV and AMD’s design at TSMC does not. It has far fewer chips available than it would if it had only used TSMC, because one of its foundry partners can’t hit yield. It has no option to increase production, because TSMC has no fab capacity available. In situations like we saw in 2020, where total semiconductor production is constricted globally due to unprecedented circumstances, it’s possible for dual sourcing to become a liability rather than a strength.

Campbell concludes his piece by writing “Intel has the ability to react to changes in demand in a way that AMD cannot, allowing them to grow despite the strength of their competition.” This ignores the fact that Intel suffered its own significant chip shortage back in 2018 – 2019.

The reason Intel had the capacity to handle the impact of 2020 today is because Intel was literally building out new capacity for the past three years. Fab 42, Intel’s new 10nm production facility, only came online last October. In 2018 – 2019, Intel also boosted its 14nm capacity by installing new lines in existing factories. When 2020 hit, Intel was able to take advantage of the fact that its new capacity was online and in-place. This was, of course, a very good thing for Intel — but it’s a good thing that happened because Intel was struck by shortages in 2018 – 2019 and couldn’t immediately respond to them.

Intel got lucky. Its own response to the shortages of 2018 and 2019 was strong enough to allow it to soak some of the increased demand for semiconductors in 2020. AMD’s growth prospects have not been limited by its reliance on TSMC and there are intrinsic risks to dual sourcing at a time when capacity is scarce and production shortages limit production. All of the major foundry companies are planning capacity expansions and/or building new facilities, so the idea that AMD needs to jump ship from TSMC in order to boost production in the long term is untrue.

AMD unveiled its RX 6000 series today. For the first time since it bought ATI in 2006, there will be some specific advantages to running AMD GPUs in AMD platforms. 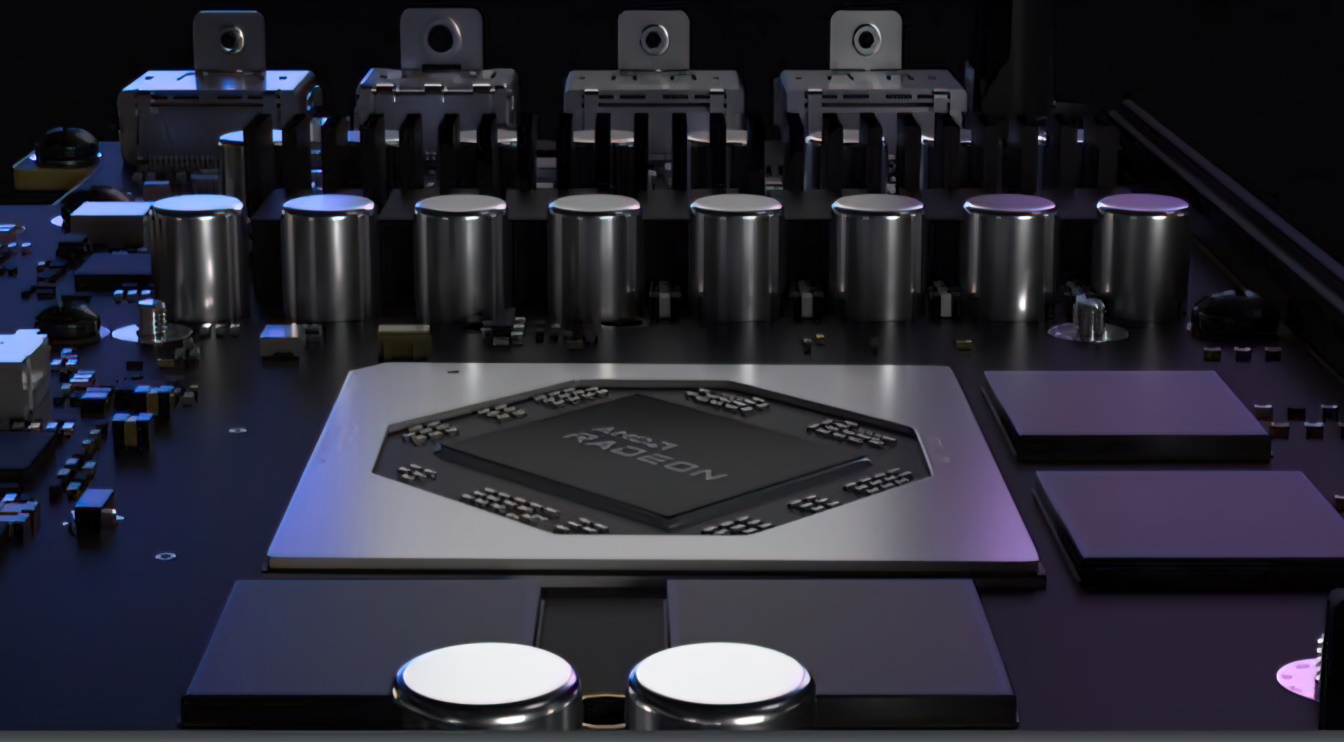