Facebook has announced it will officially begin trialing in-game ads in Oculus VR headsets. The company claims that this is part of an effort to “give developers a new way to showcase their VR applications.” The first game to be modified in this fashion will be Blaston, but other titles are said to be rolling out in the next few weeks.

According to Facebook, its goals are “to bring more people into VR, advance the consumer experience, and make progress on our longer-term augmented reality initiatives.” As part of this effort, it wants to help developers earn additional revenue. The company notes this is currently a test of a few apps and promises to solicit community feedback. It will then provide more detail on when and how ads will roll out. Presumably, this will cover all aspects of the program, including the types of ads, how they display in-game, and what sorts of companies Facebook will advertise to. It promises that end-users will have the option to hide ads by content or to hide all ads from advertisers.

The post goes to extensive lengths to outline Facebook’s privacy policy. Facebook promises that it does not collect any local data from your Oculus device. It does not gather raw data about your immediate environment. It says “We have no plans to use movement data to target ads.” It promises not to use the content of private chat conversations in advertising. It declares it will not target ads based on words it may inadvertently overhear. It is important that Facebook make these promises and establish these safeguards. I am glad to see the company doing so.

But pause for a moment and consider what’s being said here. Facebook just explicitly promised that it will not gather the most personal and intimate data it could gather in its advertising. We have, apparently, arrived at the point where we are expected to be grateful to Facebook for its thoughtfulness in securing our privacy, as opposed to enraged over the way the company has aggressively attacked the very meaning of the word. The scandals run together at this point, but one of my favorites has always been the revelation that Facebook built shadow profiles on people who did not use its service. There is no opting out of Facebook. Literally not using Facebook is grounds for Facebook to gather your data.

This same company claims, as its first advertising principle, the notion that Facebook developers, including those in the advertising department, should “build for people first.” Any developer considering trusting Facebook to have their best interests at heart would do well to consider how the company behaved during the so-called pivot to video. Or the Cambridge Analytica scandal. Or any number of scandals since.

The worst part is this: Facebook has a real argument. VR developers need to be able to make more money on VR if they are going to be successful. Discoverability is a problem across a lot of app stores. Helping creators to plug their other projects could be a good thing. Asking someone to look at an ad for a second or two during a loading screen is not some unconscionable hardship. And if I trusted Facebook to leave things at that, I wouldn’t be so distrusting of the company.

It seems telling that Facebook’s mocked-up ad doesn’t actually show a developer using ads to get news out about their other games, even though that’s the example the company gave when it announced ads were coming to the Oculus Mobile app, and it referred to helping developers earn revenue in the blog post we’re discussing. The image above seems much more like a demonstration of how Facebook can determine your location and feed you location-based advertising.

The company leads with an unimpeachable argument (support indie developers in a struggling market!) while putting just enough information in the post to plausibly claim later that it did not lie about its intentions. This kind of plausible deniability is part and parcel of how some corporate PR teams work. It’s essentially a variation on a motte-and-bailey argument. Accuse Facebook of acting solely in its own interest, like I’m saying it’s likely to do, and the company will point to this blog post that’s all about developers, developers, developers, along with trotting out a bunch of developer-centric metrics. Accuse Facebook of hiding the bit about selling advertising to non-developers, and the company can point at the image as proof that it showed people exactly the kind of advertising it would implement from Day 1. No matter how you claim you were misled, the company can claim it’s your own fault.

Little things like this, combined with most of the company’s behavior the past decade, are why I don’t trust Facebook to “leave things at that.” I expect Facebook to use the idea of helping developers earn revenue on their way to constructing an ecosystem that benefits themselves, first and foremost. I expect them to treat user privacy with the same quality and attention to detail that they have for the past decade. It wouldn’t surprise me to find out Mark Zuckerberg hands out manila envelopes full of other people’s personal medical histories on October 31 in lieu of Halloween candy.

I expect Facebook to find ways to stuff ads into VR until the bulk of what’s being advertised has little to do with gaming. Given space to show us what kind of VR advertising it has in mind, the ads the company showed have nothing to do with VR. Maybe the ads will run on in-game billboards. Maybe via product placement. Maybe via mid-chapter interstitials or must-watch videos. The possibilities are endless. Used in moderation, any single one of them is fine. But when did Facebook ever do things in moderation? “Move fast and break things” is not a moderate motto.

Facebook is not going to leap out from behind a pillar twiddling a false mustache. We’re not going to find out in two months that the company is secretly stealing the children of VR developers to force them to build games faster. What’s far more likely is that the company will integrate some ads in a very reasonable fashion. Then a few more. Then a few more. At some point, the privacy guarantees around what data Facebook doesn’t gather will get a little vaguer. The transparent language will become a little more obtuse. The ad categories will broaden. People might even joke a little about how Oculus VR used to show ads for VR games, the same way MTV used to show music videos.

One day, years from now, a scandal will break. We’ll discover that Facebook was doing something awful with regards to VR privacy this entire time. Facebook will once again attempt to frame its catastrophic cock-up as “a broad industry issue.” Someone write an internal email about the need to “normalize the fact that this activity happens regularly,” rather than take responsibility for Facebook’s contributions to “this activity.” When it happens, folks will turn around and ask, “When did it start going bad?”

I don’t know when that exact moment will be this time around. But based on Facebook’s behavior to date, I’d say it started going bad the first time when Facebook started to embed advertising. It started going bad when Facebook started telling us how much it cared about our privacy, as cover for the fact that it literally cared nothing for our privacy. The company took the most unimpeachable set of facts in the world — namely, that running the world’s largest social network costs money and that therefore advertising should be viewed as intrinsically fair — and twisted the end result to make a mockery of the idea that anyone can meaningfully choose not to be tracked by Facebook. Facebook literally bought data from data brokers to add to what it knew about you.

Advertising, as such, is not the problem. Facebook’s approach to it is. 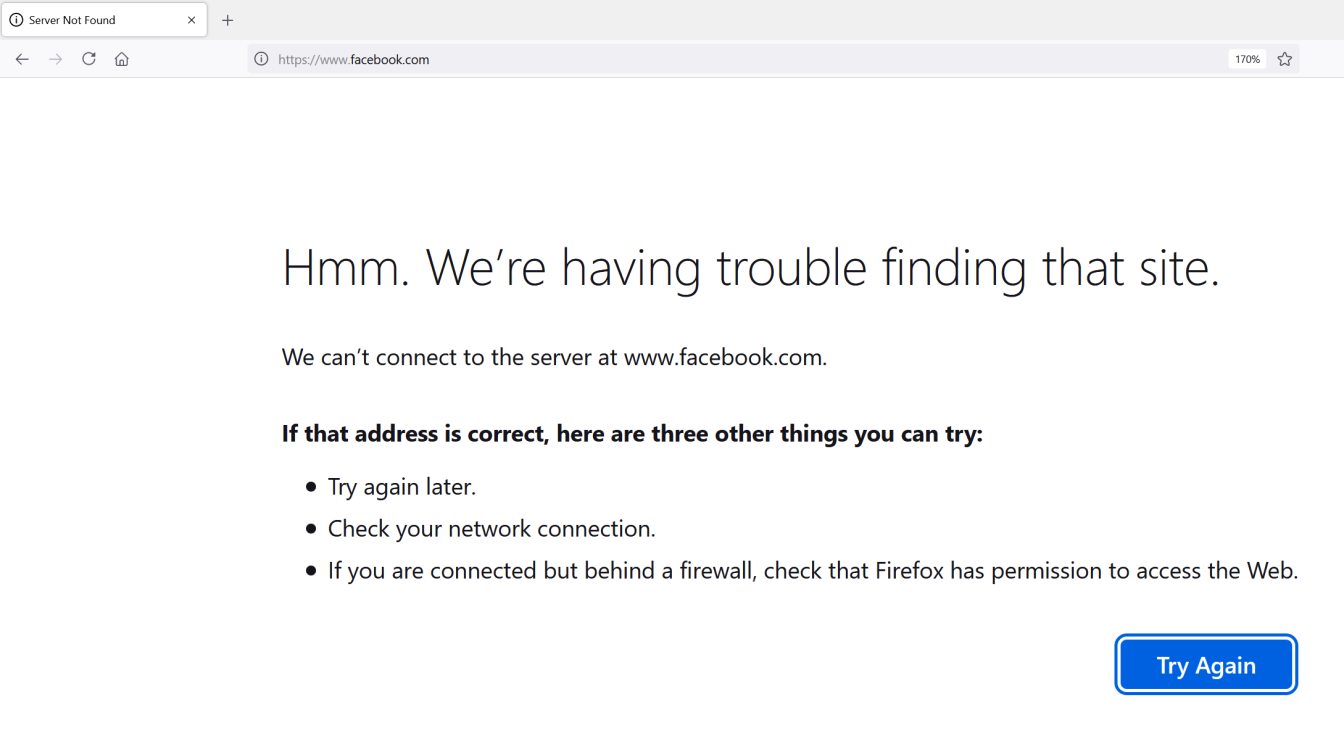 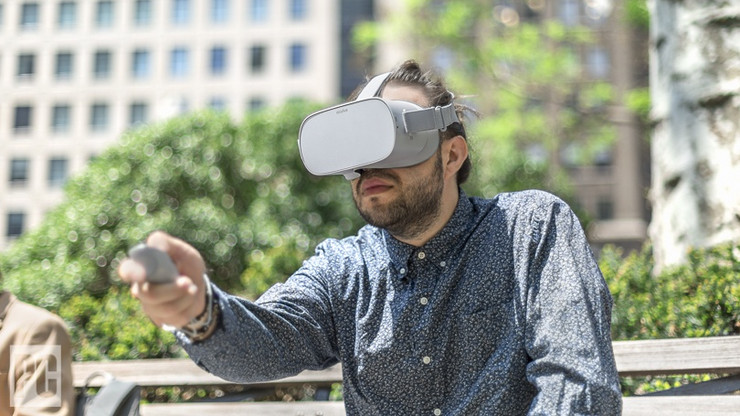 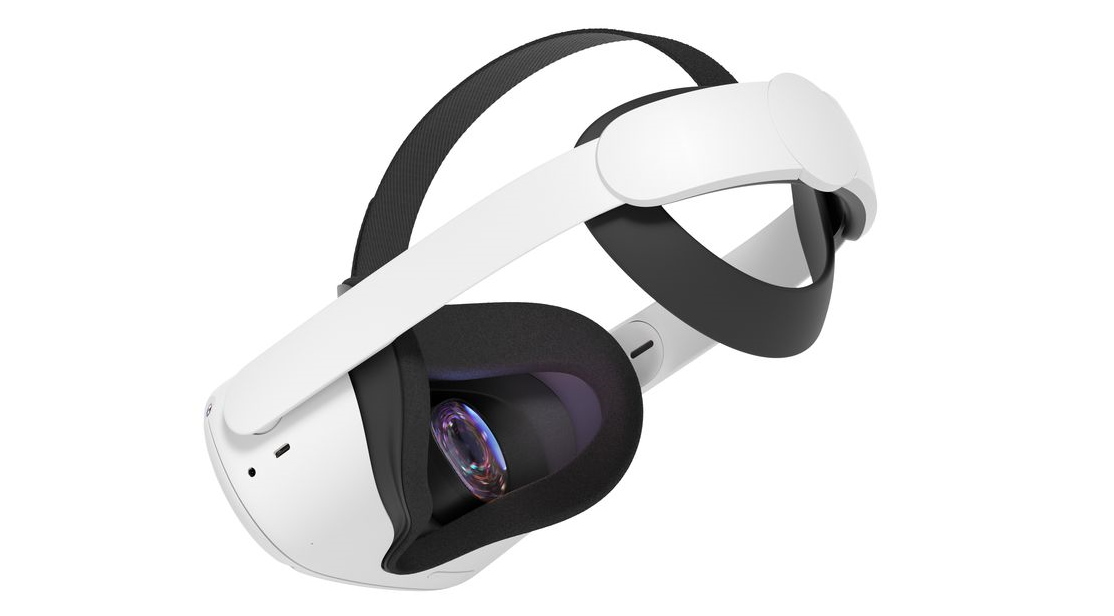 Oculus Quest Officially Rebranded to Meta Quest, and not Everyone is Happy About it

Like with its previous announcement, the whole "Meta" thing is not going over so well with its "fans."