Medical prosthetics have come a long way, offering patients who have lost a limb access to nerve-sensing bionic replacements with impressive dexterity. However, these “neuroprosthetics” can cost many thousands of dollars, and they’re heavy, rigid, and prone to mechanical failures. Researchers from MIT and Shanghai Jiao Tong University have created a prototype prosthetic hand that’s the opposite: light, soft, and potentially very, very cheap.

The unyielding fingers of most prosthetics make it difficult to pick up delicate objects or just shake someone’s hand. The newly designed stretchy hand addresses this in a few ways. First, it’s made from a flexible elastomer known as EcoFlex. This material is already common in lifecasting, masks, special effects makeup, and other products that require a skin-like feel.

The MIT hand’s joints are inflatable, an alternative to the mounted electrical motors that power most neuroprosthetics. Here, each of the fingers operates like a balloon with embedded fibers that simulate the rigidity of bone without adding to the weight. As the finger balloons inflate, they articulate similar to real fingers. The 3D printed palm to which the fingers connect is the only non-flexible part. The device costs about $500 to build right now, which is a small fraction of what a commercial neuroprosthetic costs.

Designing the hardware is only half the battle—it also needs to be easy for the patient to control. According to the team, it only takes people a few minutes to learn the five basic grips, which mimic the way we grasp things with biological human hands. The prosthetic uses electromyography sensors to read electrical activity in the patient’s remaining muscles, using an existing algorithm to decode those signals and connects them to the grasp types built into the limb.

Soft prosthetics like this also enable better sensing of tactile feedback. Each of the fingers of the inflatable hand has a pressure sensor. As the balloon-like finger compresses, the sensor sends a signal to a location on the amputee’s remaining limb. The team found this restored some “primitive sensation” for the wearer, allowing them to sense touches on individual fingers and even detect size differences by touch.

The team has patented the design and is continuing work to make a commercially viable version. Specifically, the researchers hope to increase sensing and range of motion. This could be achieved with higher density electromyography sensors and a more compact pump worn on the wrist. 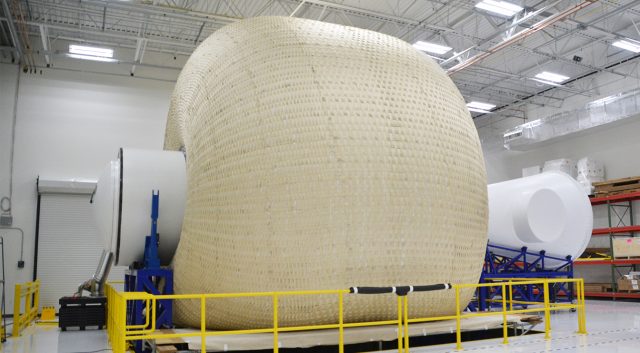 NASA has partnered with Sierra Nevada Corporation to explore ways to make spacecraft a bit less cramped, and the company has now completed a prototype inflatable habitat module with almost as much living space as the entire ISS.