On Friday, the computer industry passed a quiet milestone. Ampere — launched on September 17, 2020 — has never been widely available in-market at its official MSRP. This, of course, has not stopped Nvidia from making an absolute killing on GPU hardware over the past 12 months, but it has starved the retail channel of affordable hardware.

The great irony to all of this is that when Jen-Hsun announced consumer Ampere, he specifically promised that Nvidia had heard the complaints around Turing and was adjusting pricing to deliver a better value. The global pandemic is scarcely Nvidia’s fault but the situation is ironic. Customers who sensibly held off on buying an overpriced Turing in 2018 and decided to wait for Ampere after the RTX 2000 “Super” family nudged prices back towards reasonable levels are being still priced out of the market more than two years later. There’s once again talk that Nvidia might restart RTX 2060 production in an attempt to relieve the pressure.

The prospect for near-term relief has faded as the semiconductor shortage stretches on. GPU prices may have dropped initially after the crypto market fell back somewhat, but they continue to hold steady at 1.5x MSRP or above. Now we’re being told not to expect normal volume or pricing before the tail end of 2022, which means the current situation could drag on for another 12-14 months.

This could impact the PC gaming market in several ways. PC gaming isn’t going anywhere, but the delivery system and method of experiencing those games certainly could. There are several ways this could play out.

One option that companies such as Nvidia and Microsoft are throwing a lot of weight behind is the idea of on-demand PC cloud gaming. Latency issues and ping times are still an issue in some titles and whether you can access these services depends on whether you live, but the overall quality has been improving the last few years.

One major problem for cloud services to date is that they sound like an objectively bad deal from the computer hardware enthusiast’s perspective. Why pay to rent an upper-midrange GPU from a remote server when you can pay to buy the card and own it yourself? The idea that cloud gaming is a worse deal than self-ownership for hardware enthusiasts, however, rests on the assumption that you’re buying worse performance and lower-end visuals than what can be achieved at home.

Imagine, for example, that you last bought a GTX 1060 6GB in 2016. You don’t want (or can’t afford) to spend more than $250 on a GPU. Neither AMD nor Nvidia have treated this market segment very well in the past five years, and Nvidia doesn’t believe GPUs will get back to normal prices before the end of 2022. We don’t know what Nvidia’s 2023 launch schedule will look like, but a gamer hoping for a refreshed, affordable midrange card with ray tracing might plausibly need to wait until mid-2023, unless AMD and Nvidia start treating the midrange market more seriously than they currently do.

Seven years is a long time to go without a GPU upgrade, to say nothing of what people are supposed to do right now when existing equipment breaks. The longer it takes for desktop GPU prices to come back down, the more cloud gaming may represent an attractive alternative. The ray tracing and advanced rendering features you can’t afford to buy for home use may be much cheaper from the cloud, assuming one’s internet connection is good enough.

This is not the only potential direction the PC gaming market might evolve towards. One possibility — distant, but not impossible — is that devices like the Steam Deck could impact the future of PC gaming as well.

This is not a particularly likely scenario, but we wouldn’t entirely rule it out. The enthusiast response to the Steam Deck has been significant and there’s a lot of interest in what the device can do. A PC market in which handheld devices became popular is a PC market that operates under very different performance constraints than it does today. A general shift towards handheld gaming might even help older desktop hardware stay relevant for longer, as we can expect the graphics performance of embedded devices to lag even older GPUs for quite some time.

While the differences between the Switch and the Steam Deck are numerous, the form factor itself would still represent a disruption for the PC space, which has never had this kind of mainstream device. Nintendo has long proven that careful game design can compensate for limited hardware specs, so it’ll be interesting to see how (or if) the Steam Deck impacts the wider market. These trends could even reinforce each other, would people tapping a Steam Deck-like device in docked mode for AAA cloud gaming and using it in handheld mode (via the cloud or local storage) for on-the-go play.

There are other options too. Some PC gamers might switch to consoles, especially given how small the gap has become between consoles and PCs. The Xbox Series X’s load times feel like what you’d see on a high-end PC. Its frame rates are indistinguishable from a high-end PC in every title I’ve played. This is not to say that brand-new titles using ray tracing might not still run better on PC, but there haven’t been any next-generation exclusives yet to compare in the first place.

This risk becomes larger if the consoles hit MSRP while PC GPUs are stuck in the stratosphere. It’s very hard to argue that a GPU is a better gaming investment than a console when the same $650 to $800 either buys you an entire gaming system or a single component you need to build one. In the beginning, consoles such as the NES and Genesis offered experiences that the PCs of their day literally couldn’t match, but that’s been much less true since the invention of 3D acceleration in the mid-1990s. For years, the PC has been known as the platform to buy into if you wanted to see games at their finest, while consoles offered an attractive “good enough” option for millions of people. The larger the price gap between the two platforms, the more attractive “good enough” becomes.

The impact of shifts like this is often difficult to see in the moment because buying patterns don’t change overnight. But if these higher prices continue, we’ll see people shifting their purchase patterns in response. This isn’t necessarily something Nvidia or AMD are opposed to. All else being equal, we suspect both companies would rather ship huge numbers of enterprise GPUs, at enterprise prices, as opposed to catering to individual customers in the first place. Again, the consumer GPU market isn’t literally going to fade away, but whether we’ll see the relatively friendly pricing of the pre-Turing, pre-cryptocurrency, and pre-pandemic era return is very much an open question. If prices stay high for long enough and demand remains robust, AMD, Nvidia, and Intel are likely to see if they can leave them that way.

Part of NASA's Perseverance mission is to collect samples of Martian soil to return to Earth, and NASA just awarded a contract to Northrop Grumman to build a significant part of the system: the rocket that lifts off from Mars.

The researchers claim this marks the first time an exoplanet has been detected in the radio bands. 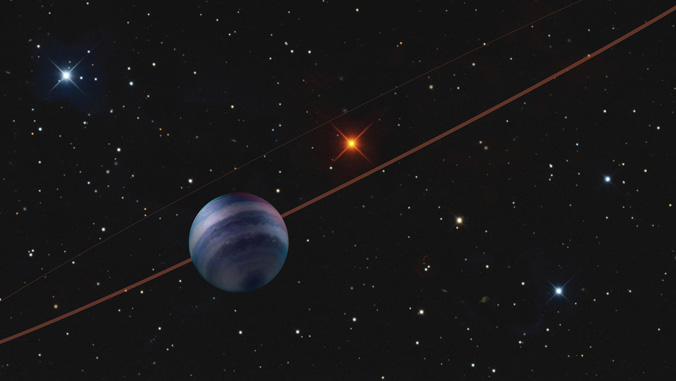 Scientists from the University of Hawaii report they have spotted a new exoplanet only 35 light-years away, and we can see this one because it's enormous and very far from its host star. In fact, it might set the record for most distant.