Many planetary scientists believe that Europa might be our best bet to find evidence of alien life in our own backyard. Although, it’s a big backyard, and the planned Europa Clipper mission needs a powerful rocket to reach the Jovian moon. Congress previously required that this mission launch on the massively delayed Space Launch System (SLS), but the most recent NASA budget has untied the agency’s hands.

Europa Clipper is an ambitious long-term robotic mission that aims to study Europa up close by way of multiple orbital flybys. NASA hopes to launch the spacecraft in 2024, sending it on a six-year journey to Jupiter. Once there, the spacecraft will spend at least four years swinging past Europa to scan its entire surface. The probe will also have tools to characterize the suspected sub-surface ocean below the cracked ice sheet.

The ongoing issues getting the SLS rocket complete has added uncertainty to the Europa Clipper timeline, and NASA wasn’t allowed to explore alternatives. This restriction is thanks to congressional vote trading — a former US representative from Texas pushed funding for the Clipper mission, and he got Senate support from Republican Richard Shelby by including the SLS mandate. Shelby’s home state of Alabama has a large number of aerospace contractors that stood to benefit from the SLS.

NASA has urged Congress to reconsider that mandate, and it looks like the message finally got through. In the recently passed budget, the NASA section includes a modification to the SLS mandate — it’s not gone, but NASA has much more latitude to explore alternative ways to get the Europa Clipper into space. While NASA will still have to use the SLS if it’s ready in 2024, the agency can instead use something like the SpaceX Falcon Heavy if the SLS is still running behind.

The Space Launch System was pushed by Congress as an alternative to the Constellation program that the Obama administration canceled in 2009. In return, the administration got the Commercial Crew Program, which recently succeeded in sending astronauts into space. The SLS is slated to be the most powerful rocket in the world when complete, but it’s an expensive single-use vehicle with a projected launch cost of more than $2 billion. A Falcon Heavy launch would save NASA about $1.5 billion. Although, the SLS does have enough power for a direct flight to Jupiter, whereas the Falcon Heavy launch would involve some planetary slingshot maneuvers.

It’s unclear which direction NASA will go — the SLS is currently expected to have its first test flight in 2021 with a crewed mission in 2023. If that holds, NASA could still use the SLS for Europa Clipper. Thankfully, the agency won’t be hamstrung in the event of more delays. 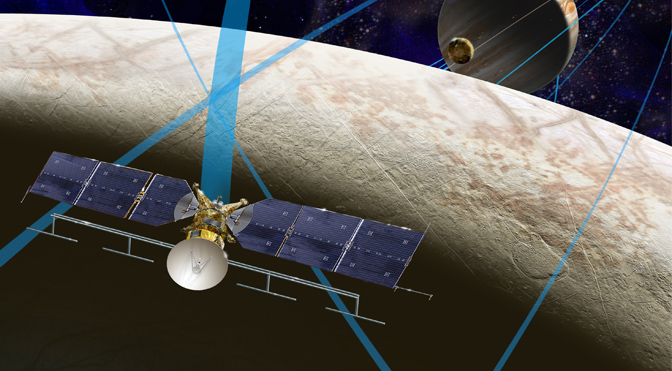 NASA's plan to launch the Europa Clipper on the Space Launch System (SLS) has been scrapped. Now, NASA will go with the Falcon Heavy instead, a big win for SpaceX. 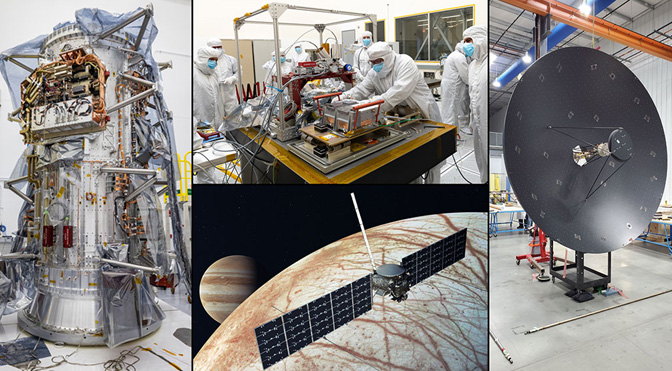 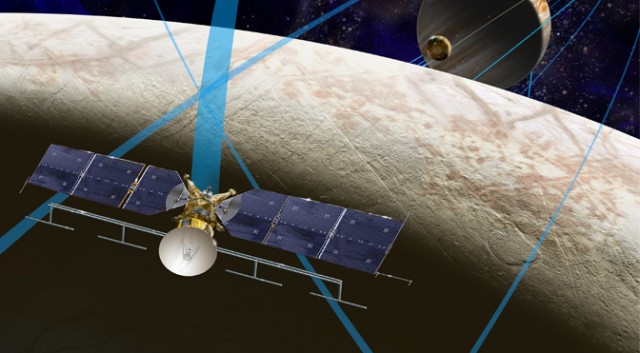 The mission will begin to take shape over the next few years before it launches on something. NASA originally intended to use the Space Launch System (SLS), but it may need to rethink that in light of recent delays.